What the Islamist president might mean for Egyptian women

What the Islamist president might mean for Egyptian women

The Morsi Rule: Turkey Vs. Iran

Even though Islam had granted women equal rights to men, in many Muslim countries women have been struggling for equal participation in politics, social life and just about most aspects in their daily lives.

Women under an Islamic rule at times face repressive decisions in the name of Islam, like banning Saudi Arabian women from driving. Not all Islamic ruled countries, however, deprive women of rights to equal participation like Saudi, and many look at Turkey as a bright example of a modern Islamic country with guaranteed freedoms and rights for women.

We have just had an overwhelmingly Islamic parliament, followed by an Islamist president. This is a time, more than ever, when Egyptians are starting to compare themselves to all sort of Islamic models, ranging from Afghanistan to Iran and Turkey.
But how repressive or liberal can Islamic rule really be? Different models have given us different answers of what a religious state might mean for women in Egypt. 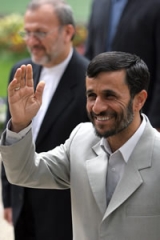 Outwardly, oppressive traditions and conservatism seem to be pre-dominant in Iran. The Islamic government has issued a decision in 2011 forcing all women to cover their hair and bodies completely and banned all make up. Women who disobeyed the rule were subjected to a punitive lashing or even prison. Therefore, most women in Iran wear some form of hijab as others wear the chador, a type of Nikab. But even looking beyond outward looks, Iranian women don’t seem to be having it much better.

In Iran women start to face the real challenges in their mid-twenties. Iranian women seem to be doing well in education as 94 percent of Iranian women go to school and 60 percent of graduate students are women.

The real challenge, however, comes later on when they start looking for jobs as women only make up 15 percent of the labor force, the lowest percentage in the Middle East and the world, according to World Savvy Monitor. The complete accuracy of the statistics, however, can’t be verified as Iran doesn’t allow for monitoring of independent organizations.

Women mostly work in low-skilled jobs like taxi drivers and domestic help and very few women hold positions that require high skills. Their salaries are also often less than her male counterparts in the same workplace.

As always, some laws make women captive in her own world and severely limit her freedoms and rights.

For example, a husband has the right to prevent his wife from work and they are not allowed to reach upper positions in any public offices.

In private life, women can be forced to marry at the age of 13 with very minimal rights when it comes to divorce, custody issues and inheritance. Women in Iran can’t issue a passport or travel abroad without her husband’s permission. 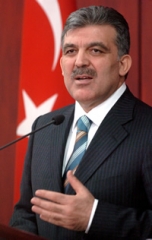 In Turkey, however, the situation is slightly brighter, but still, according to a 2011 Humans Rights Watch report, 42 percent of women over the age of 15 have already suffered sexual or physical abuse, which is among the highest percentages in the world.

The dress code in Turkey is more liberal than Iran as there is no law or rule that dictates how women should dress.

However, their participation in public life is still not up to international standards as women count for less than 30 percent of the labor force, although 2011 has been a good year for Turkish women under Recep Erdogan’s rule.

In recent years the laws had been revised to be more in favor of women, as article 41 of the Turkish constitution now states that marriage is based on equality between partners. Women were also granted equal rights to property acquired during marriage and the minimum age of marriage was raised to be 18 or 17 if there is parental permission. Most importantly, if a woman was forced into a marriage, she can ask for termination of the marriage during the first five years of her marriage.

Similarly, women’s political participation has been increasing throughout 2011, reaching a percentage of 14.3 in the Turkish parliament.
Aware of the current status of women, the new Turkish government admits the current situation in Turkey fosters an environment of inequality for women and is working on improving the situation.

They increased law enforcement to ensure women’s rights and freedoms, held many awareness workshops for public officials to educate them about the new procedures and law and launched a national public educational program to raise awareness about women’s situation and abuse.

Turkey is collaborating with United Nations, the European Union and the Council of Europe on international programs to make women’s situation better.

Now with an Islamic president in place, Egypt seems to be standing on crossroads. We have a choice between a parliament, president and constitution that will apply the true spirit of Islam and guarantee Egyptian women’s rights, or a sadder Iranian model. We hope our new president doesn’t follow the footsteps of his colleague in the Muslim Brotherhood, Azza El Garf, and attempt to cancel the Khul’ law, deprive children born outside of wedlock from paternity rights or lower the marriage age like she has been demanding.