Any info on Laura Plummer

That's old news. Actually any woman could tell you that. It's the same in workplaces.

Iv'e lived with a few women sometimes up to 4, and for some strange reason after a short time
they all start to menstruate at the same time.

Too much information
Top

Apparently it's a myth.


Do women’s periods synchronise when they spend time together?
A study carried out by a fertility app and Oxford University says not, but still the myth endures

"However, a new scientific study – thought to be the largest of its kind – has found data showing women’s periods do not synchronise when they live together after all. The study – carried out by period tracking and fertility app Clue in partnership with the University of Oxford – received 1500 responses, which were narrowed down to 360 pairs of women. Analysing three consecutive cycles in each pair, the research found the vast majority – 273 pairs – had a greater difference in period start dates at the end of the study than at the beginning. In other words, menstrual syncing is a myth up there with periods being tied to the waxing and waning of the moon. Not only that, women’s menstrual cycles are more likely to diverge than come together over time."

Goes to show you should never listen to old wives' tales. I mean...what would they know about menstruating anyway?

But in the interlude occasioned by the dearth of news re Myth (sic) Plummer, perhaps we should digress.

Obviously some of us ladies have found the "Scientific" results not to be true.

Of course there will be some who are different from the rest , but we are talking majority here.
Smile! It confuses people
Top

Perhaps if there had been regular sientific tests carried out for previous generations of women the statistics would have been somewhat different. I have no doubt they would have shown myth to be fact, even though the majority of women would of had fewer menstrual cycles because of pregnancy and lactation.

Despite the fact that menstrual synchronicity has been debunked by any number of studies, the fact that some women still insist it's a fact is a fact worthy of further study.

newcastle wrote:Despite the fact that menstrual synchronicity has been debunked by any number of studies, the fact that some women still insist it's a fact is a fact worthy of further study.

To mean anything, it would make more sense if all such studies were carried out at regular periods.

And personally, I think that all mentioned above would be bleedin' obvious.
Life is your's to do with as you wish- do not let other's try to control it for you. Count Dusak- 1345.
Top

Latest on our convicted tourist: Laura ( "same sh*t different day" ) Plummer.
Ashraf Ezz al-Arab, a director of the prison investigations department at the interior ministry,
told Egypt Independent Miss Plummer has ‘received excellent social and medical care in prison, as do all foreign inmates and Egyptians alike’.
He added Miss Plummer’s family visits her in accordance to the prison regulations.
So that's good news eh ?

NB: Qanatir Prison was built by the British in the early 1900s, and probably of the same design as most London prisons
by Major-General Edmund Du Cane.
"Now I never knew that.....

Ps: Here's an interesting book 'Woman at Point Zero written by Nawal El Saadawi about her time in Qanatir.
"The Salvation of Mankind lies in making everything the responsibility of All"
Sophocles.
Top

Just checked upon our drug mule from Hull. 'Laura..
Latest information 21st February and that was from the Hull Daily Mail she's been relegated to the 3rd page.
Oft by their front page: "Disabled Bransholme woman left without food after her bank accounts are frozen
Natalie Thompson says she needs food to take with her daily dose of morphine - but she cannot withdraw any funds.....

So, Hull has forgotten their incarcerated Laura, "How easy you people forget, Are we just yesterday's' news tomorrow's 'chip paper ?.....

Natalie Thompson says she needs food to take with her daily dose of morphine - but she cannot withdraw any funds.

I just wish at my age that I had a withdrawal problem.

Awwww bless she's been to church over the Easter celebrations. Dear Lord........

Blimey, talk about a change for the worse.....

Ps: The other day I met quote (the mad knifeman of Ramla) his names Eric.
We were talking about his 5 months in Gurna nick, interesting to say the least.
24hr 'bang-up and only veggies to eat, mind you he seems pretty well adjusted for an ex-con...

"What a difference a day makes" 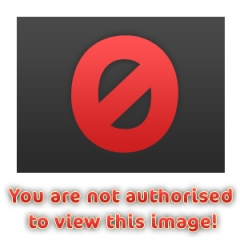 Obviously not on the Atkins diet!
Last edited by Who2 on Tue Apr 17, 2018 9:03 am, edited 2 times in total.
"The Salvation of Mankind lies in making everything the responsibility of All"
Sophocles.
Top

" The 34-year-old looks drastically different with lighter hair, as her devastated sister Jayne Synclair said she no longer bears any resemblance to who she used to be"

Not all bad news then.

Being honest only an Egyptian or a deaf,dumb & blind Englishman would fancy her these days,..
I'd be beating her with the ugly stick, daily!.....

Ps: Check the mother before the bird! 'old choctaw saying
"The Salvation of Mankind lies in making everything the responsibility of All"
Sophocles.
Top

Looking around I think you will find that Egyptian men do not go for looks. They do have a tendency to look for motorbike parking places though, if you get my drift. Laura is well on her way!!!

I suppose you two are incarnations of Idonis yourselves?

That should be Adonis.
Top
307 posts